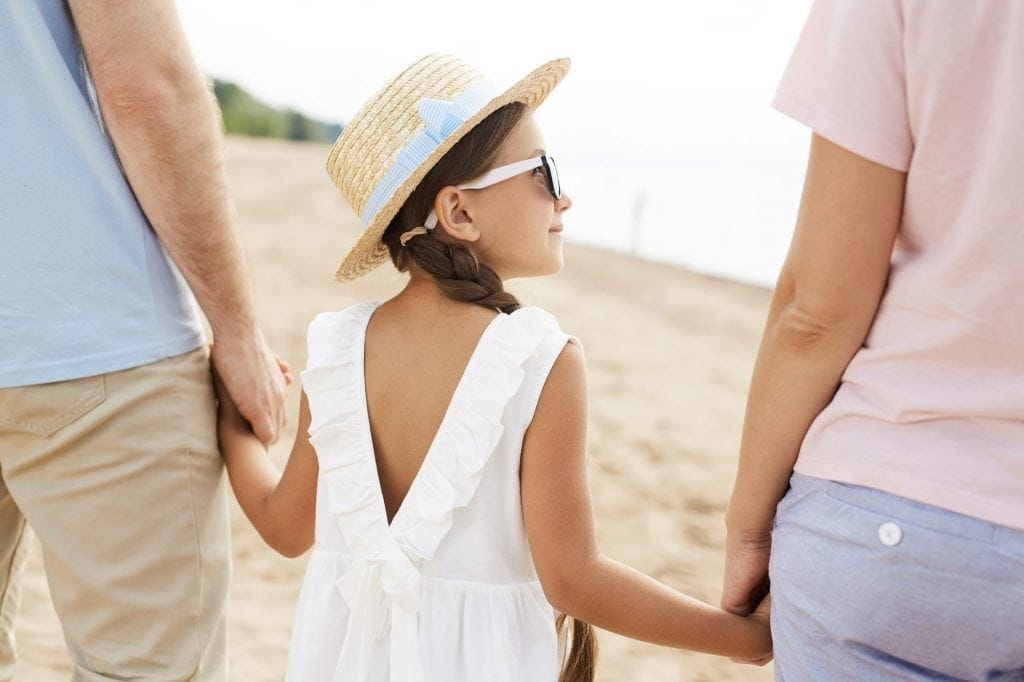 Cultivate a positive self-image in your child to prevent bullying behaviour in later life.

Preventing bullying begins at home when children are young, long before they go to school. Under the age of eight, a child’s mind is like a sponge because they don’t have the critical mind filter that adults have developed to determine what beliefs are acceptable or not. What they see, hear and feel goes straight into their subconscious mind without analysis as though it is fact.

Experiences a child has, from the past and present, does not affect them as much as the meaning they attach to an experience. Those interpretations imprint the mind along with the experience. Because a child has very little life experience and they are at the center of their universe, they often perceive they are to blame for others’ suffering or abusive behaviour. “Mommy must be yelling at me because I am a bad boy,” or “I’m a burden because I am making mommy stressed.”

Develop healthy self-esteem. The good news is that your child’s subconscious mind can be imprinted with positive, affirming ideas. Make positive thinking and beliefs familiar to your child by telling your child s/he is lovable just as s/he is. That no matter what they say or do, they are loved.

Be your child’s greatest cheerleader. Remind your child you believe in them, even after they have accomplished something new by saying, “I knew you could do it.” And whenever they have done something you internally disapprove of, and have spoken to them about, finish with, “Even though you did XYZ, I love you.”

Eliminate the concept of “good” boy or girl. If your child does something that you are proud of or behaves in a way that is acceptable, never say, “You’re such a good girl/boy for putting your toys away.” It may introduce the idea that if they don’t do or say things “right,” that they are “bad” in some way. Instead, comment with phrases such as, “Thank you for putting the toys away, it feels so relaxing to be in a clean space.” Or “I’m proud of you for sharing your toys with the other children. It shows how kind you are.”

Never ignore your own negative behaviour. Instead, demonstrate how to take responsibility and teach your child what is acceptable behaviour. If you behave in a hurtful or dismissive way to your child, make sure you apologize immediately. Tell your child that your behaviour was unacceptable and that you will do better. Ask them if you can give a hug. This teaches your child that no one has any right to speak to them in hurtful ways and that other people’s negativity, anger or emotions is that person’s responsibility. It also has the benefit of teaching them how to take responsibility, apologize and make things right when they are mean to someone else.

In addition, be open to and actively encourage your child to correct your negative behaviour. My son is quick to tell me when I am not honouring him by saying, “Mommy, you’re not speaking nicely to me.” No matter what he’s done or how I am feeling, I always stop myself and respond, “You right, I’m sorry, forgive me for not speaking nicely. Thank you for letting me know.” Then I give him a hug. If I still need to address his behaviour, I reorient myself to speak calmly. This kind of interaction makes your child familiar with sticking up for themselves with future bullies.

Avoid harmful nicknames. Phrases such as “Kenny is such a little monster” or “I love my little pork chop,” triggers your child’s mind to identify with those pictures. I knew one father who called his teenage daughter “princess beluga.” He said it with sweetness, but the daughter said that it made her feel sad because she perceived him critical of her weight.

Eliminate sarcasm. Let your home be a safe haven from sarcasm. The subconscious mind does not understand humour and certainly doesn’t understand sarcasm. Children are deeply affected by harsh words, even if they are used in a joking way and sarcasm only nurtures beliefs of self-rejection.

Avoid using absolutes when describing your child. Since the subconscious mind takes everything as truth, phrases such as “My son always wakes up in the night,” or “You never pick up your toys” can program a child’s mind to believe this is how they are to be. Absolutes make it challenging for children to break out; free of expectation of how they are seen by their parents. Instead, consider speaking as though all your child’s behaviour is temporary: “My son is learning how to sleep through the night” or “After you pick up your toys, we can go to the park.”

Never threaten to leave you child behind. A child’s attachment to a parent is their concept of safety and security. The idea of being left behind is frightening to a child and opens up the possibility of permanent separation. Instead, give your child notice a few minutes before. My son always had trouble leaving a park. When it was time to go, I’d say, “Say, see you later park.” And he’d echo, “See you later park.” Creating a picture in his mind of himself returning soon, allowed him to be comfortable to leave. You can also say, “It’s time to go, I’m leaving and I’d like for you to come with me.”

Never dismiss their feelings. When a child feels scared, never tell them they are “being silly” or they shouldn’t feel that way. Instead, acknowledge their feelings and introduce a transition of feeling into the mind, such as, “Even though you’re feeling scared, let’s sing a song together.”

Never refuse to comfort a child who is upset. Some parents think they have to punish an upset child. When it comes to temper tantrums that seem to be for no reason, remember your young child has growth hormones raging through their body all the time. I remember when my son was about two years old, he had his first temper tantrum. It came with no warning, he screamed for 20 minutes and the tantrum ended just as quickly.

So I laid down on his bed and said, I’m here for you when you need me. And I laid there until he was done. I was lucky enough to get some nearby earplugs, to help with the noise!

After he stood looking at me and asked, “Mommy, what happened?” “I don’t know,” I replied, “What do you think happened?” He clearly had no idea why or what had transpired. He ran to cuddle in my arms and felt no betrayal or rejection whatsoever. He felt supported and accepted even though he was having a rough time.

Never send your child away as a form of punishment at any age. At the root of all emotional conflicts is the fear of rejection or the belief one is rejectable. When you send your child away when they have misbehaved, you tap into their primal fear of not being accepted by their community. It is a type of banishment.

Instead, share in a calm, firm, loving way to help your child see their responsibility. Tell them how their actions affected their own life without blame or shame. Just convey what occurred with the consequences: “When you break your toy, we have to throw it out because it is not fixable. I’m sorry you chose to break your toy and you chose to have it thrown out.”

Also, when kids act out, it is often due to something unresolved within themselves. They need help to address the internal conflict in a peaceful way and connect in a way where they feel lovable no matter what agitation they’re feeling. Ask them what they are feeling and what they need. Offer connection as a solution to their agitation. In doing so, you are teaching them emotional intelligence and are giving their brain a pathway for peaceful resolution.

Recently, my four year old started poking my hand with his fork at the dinner table. I had been feeling hormonally agitated all day and really wanted to be in my own space. A couple of times, I firmly warned him not to poke me, as I was becoming even more agitated. Then I realized he was trying to connect, to break through whatever wall I had created that day. I asked, “Do you need a cuddle?” He immediately jumped up on my lap so delighted and calm.

Model peaceful and respectful communication with your child and your spouse. Handle issues between siblings with fairness and resolve to address what is at the root of hurt between them. Create an environment of unconditional love and acceptance between all family members. Develop quality of your presence, taking time to fully focus on your child’s needs for attention each and every day.

Always resort to the most basic truth of your child. Children thrive when they are connected with a parent and when they are accepted just as they are with unconditional love. It isn’t always an easy practice to remember this when we are triggered into frustration and anger. We often expect children to remember and learn lessons quickly, but parents often don’t have the same expectation of themselves.

Your child is a great teacher that reveals your behavioural patterns, expectations and emotional triggers. They offer an opportunity for you to change yourself, to access and demonstrate peaceful parenting as they are learning, too. Be gentle with yourself on your journey as a parent. Blessings <3

Originally published in BC Parent Magazine 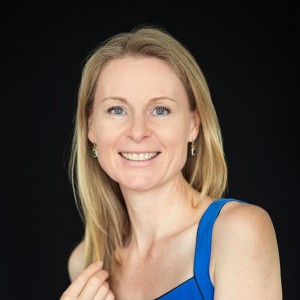 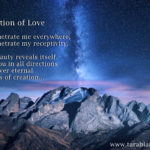 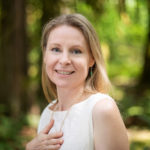 Tara Bianca on The Whole Point with Christy and Cyrina

I recently had the profound pleasure of speaking with Anna Anderson on her show Quantum Living Podcast about my new book, The

I’m thrilled to announce that my online mentorship website is now ready for you to join! After many months of preparation, today

Tara Bianca on Voices of the Sacred Feminine with Karen Tate

I recently had the wonderful experience of being interviewed by Karen Tate on her show Voices of the Sacred Feminine. Dr. Rev.

Divine Inspiration in Your Inbox 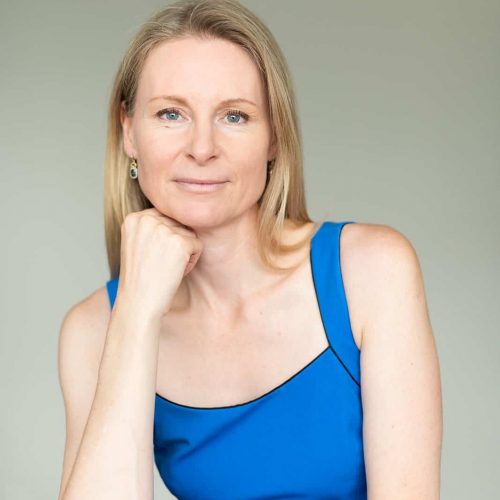 Use this form to send a message to Tara’s support team.

Divine inspiration in your inbox

Let me guide you with joyful, transformational teachings in your inbox and receive a FREE audio meditation for signing up!